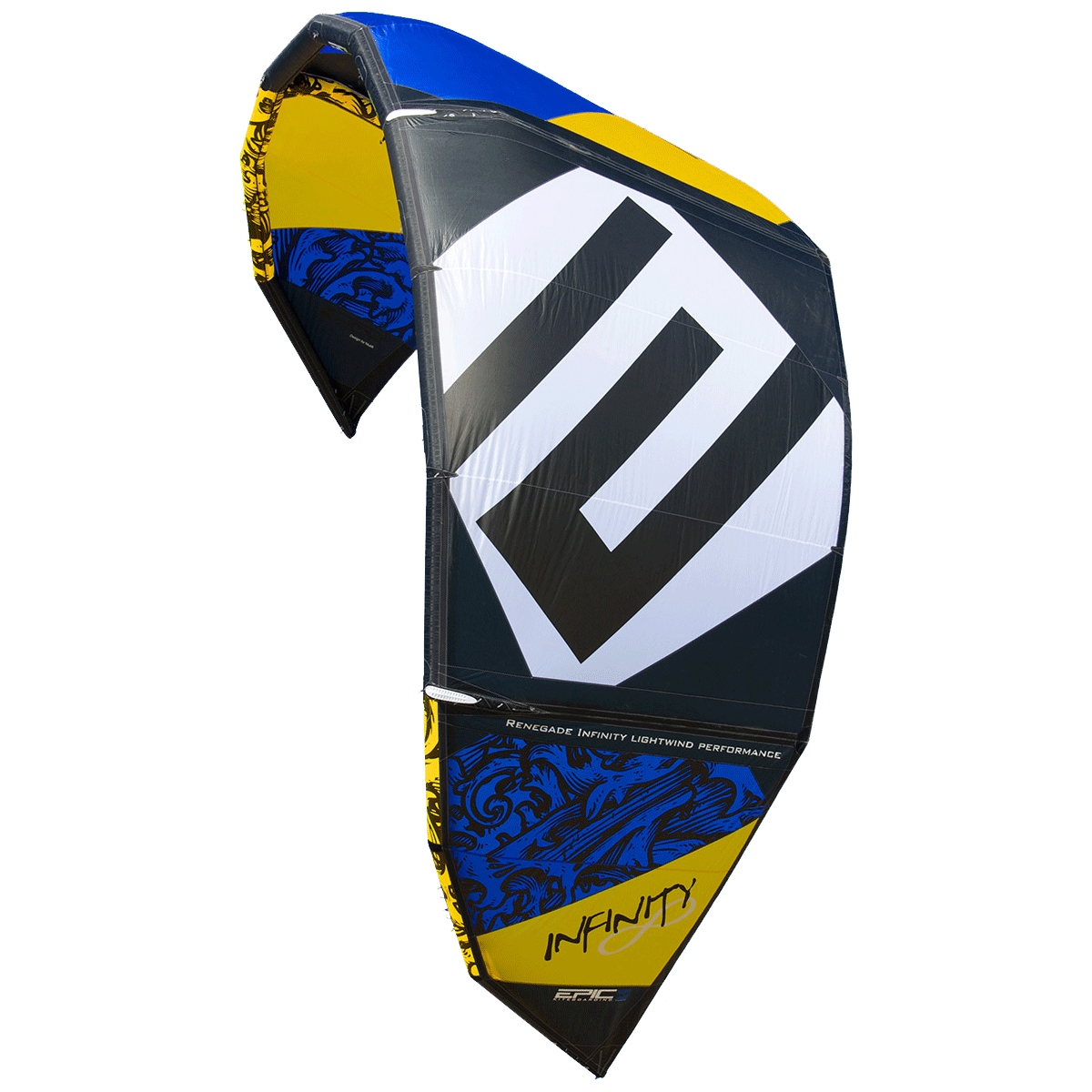 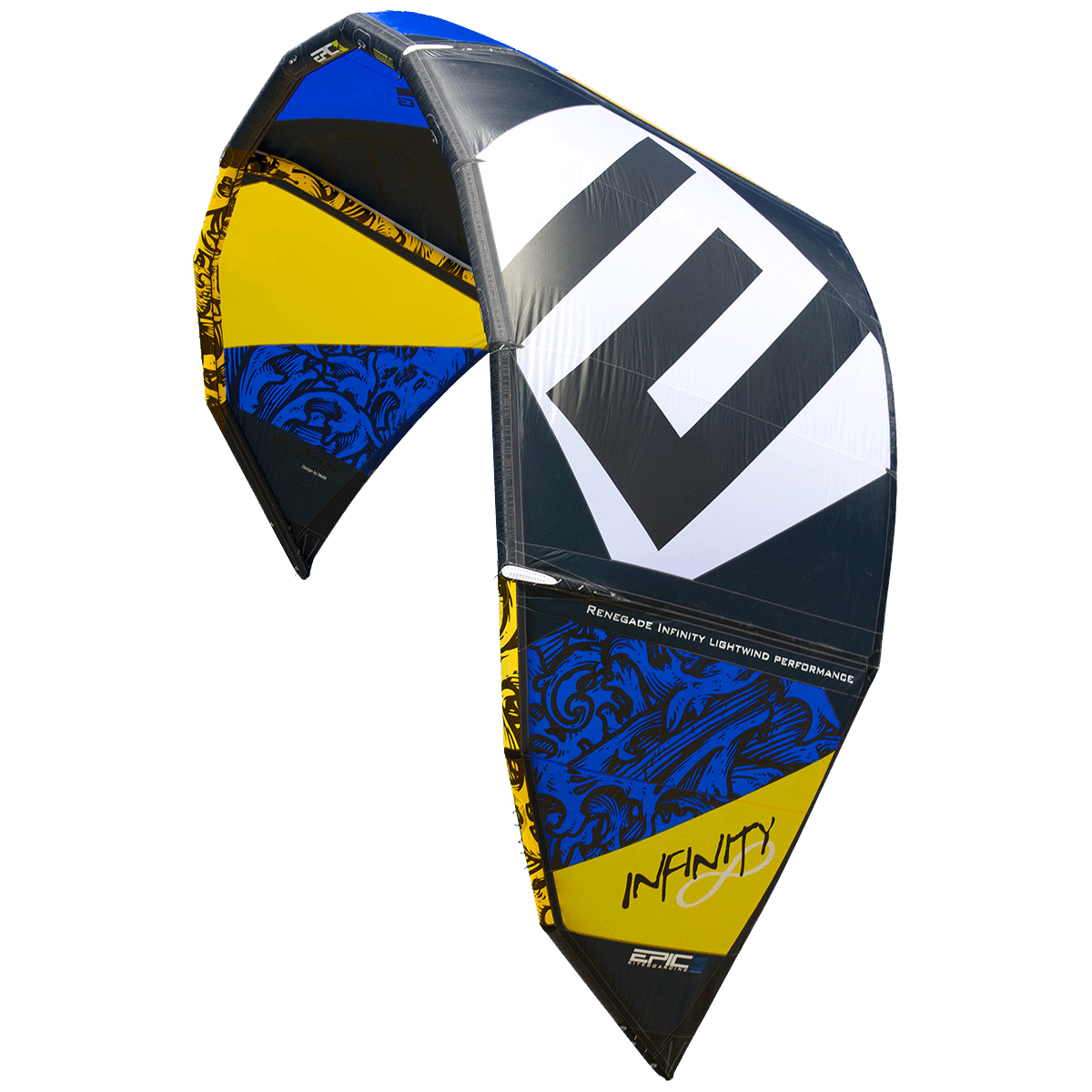 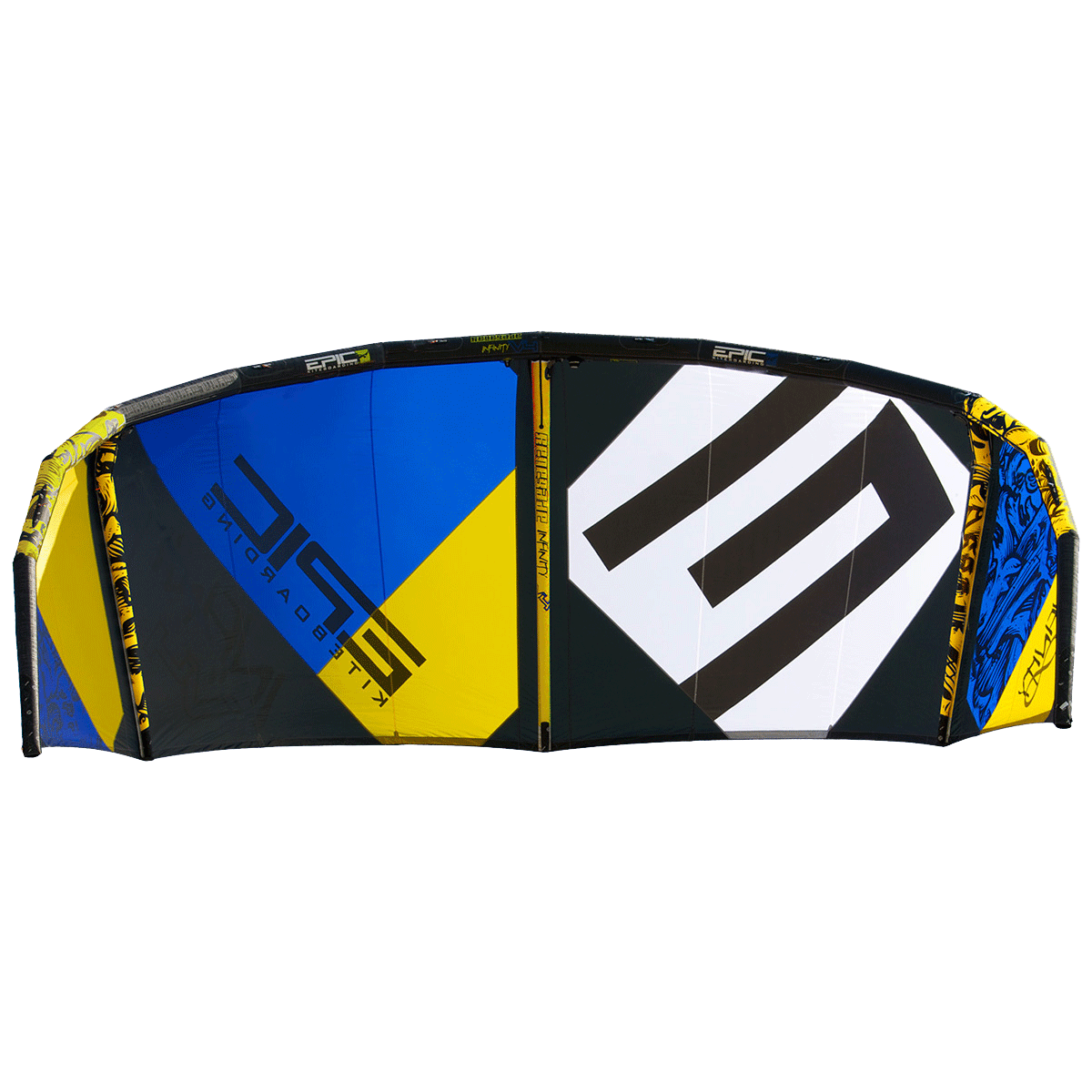 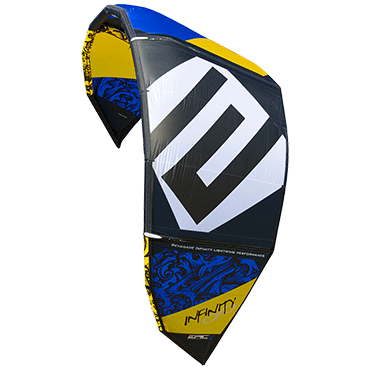 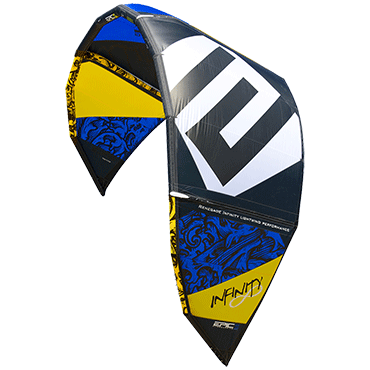 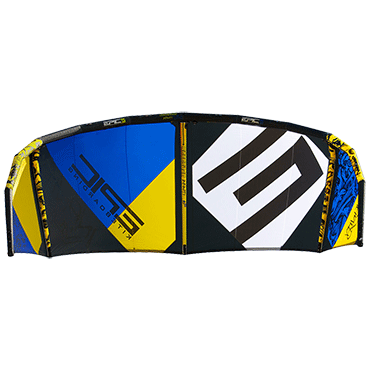 The Renegade Infinity has received extremely positive reviews from industry articles rider feedback, but we wanted to make it better in order to create a high performing kite that flies in the lightest winds possible and enables riders to progress and have amazing, productive sessions when they go out kiting. Not an easy goal when you consider how amazing the V3 model was – but we did it. We pushed the design goal because we believe in the platform and want to ride aggressively in these light winds rather than mow the lawn. Because that is the only way you will progress.  In few words, we were able to make the V4 INFINITY kite fly faster through the window an turn 15% quicker then the previous V3 Infinity, making it feel like a much smaller and precise kite.  And by doing so we were able to improve its lift and increased the upwind ability.

You might say that this kite has the power of a 20 meter kite, but the performance and flight characteristics of a smaller kite. Known for low-end power, the Infinity still gets you on plane early – but why stop there? Take the Infinity V4 to the snow or throw powered wake moves in boots. You simply can’t ride powered with many of the light wind kites on the market today. And if you do miss that new trick and drop the kite – no worries – with the effortless relaunch, even in the lightest of winds, the Infinity V4 will have you up and riding in no time. If you want to really tap into the optimal performance of the Infinity, you should consider the new Infinity Xtend Control Bar that comes with 24 meter lines which was specially designed to compliment the performance and tuning characteristics of the kite.  So make sure to invest on the new "Xtend Control Bar" when you order the INFINITY V4 kite.

In addition to adding some impressive lift, turning speed and upwind drive, we’ve also added 2 settings on the LE of the kite for different riding style.  And to top that we also added our new Speed Valve system that uses a large inflate/deflate nozzle as well as an additional valve to ease pressure in the event of a massive crash, preventing LE blowout.

The Infinity 5G V4 has been designed to push the limits and enjoyment of light wind kiteboarding. How far will you push your limits?

Our adjustable bridle attachment points allow you to move the bridle to the WAVE RIDE setting so the kite sits deeper and has better positional feedback while depowered. The FREE RIDE setting moves the kite closer to the edge of the window for killer wakestyle and boosting sessions. We’ve complimented our superior construction quality with our new Speed Valve system. This utilizes and massive inflate/deflate valve making rigging even more of a cinch, and also has an additional valve on the LE that can relieve pressure in the event of what would be a bladder popping crash.

Here is just an example of a French testimonial from a customer that purchased the INFINITY V4 model. If you want to read more please check our testimonial section.