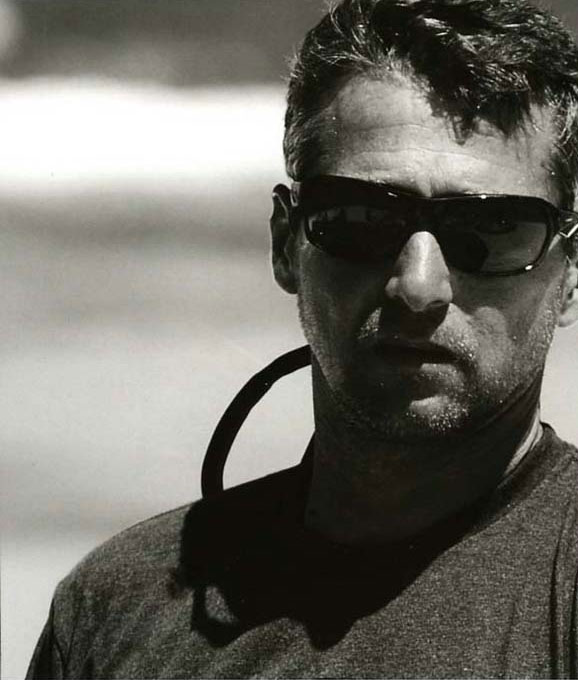 Dimitri Maramenides was born in Athens, Greece and was also raised in Cameroon, Africa. He speaks several languages allowing him to connect with many customers and kiteboard enthusiasts around the world.

He began kiting in April 2000, in the U.S.A. after a 22-year windsurfing career that had professional highlights and many podiums. At first kiting was a struggle. He regularly witnessed several friends getting punished and took many lumps of his own. On an empty beach, determined to succeed, after numerous failed attempts and beatings, he nailed a short pass. With this enthusiasm on the accomplishment, he went back out and found himself 5 km downwind with no ability to ride back to the launch spot – but incredibly excited. He says, “I was so happy that I kited without getting hurt. The beauty of the sport is that after you travel downwind, all you have to do is pack your equipment and walk or hitch a ride back up the beach.” After that initial experience, Dimitri has excelled at the sport and has ridden professionally for several brands. In the mid 2000’s he cut his teeth by being an operating partner in a short lived venture, which, after it’s split resulted in Dimitri starting his own, wholly owned kiteboard company, Epic Kites, with his wife Helen.

Owning a kiteboard company is incredibly rewarding and taxing at the same time. Thankfully, Dimitri is known for his relentless energy and dedication. Despite the globetrotting requirements, he balances his business time with family time, and can be seen sharing the water with his son Cameron, or playing tennis with daughter Olivia. When asked what Cameron wants to be when he grows up, he responds with “I want to be better than my dad at kiting.”

Being one the sport’s legends, Dimitri has developed a unique style rooted in freestyle based moves. He’s always working on new tricks and interesting ways to document them. Getting dragged around the beach on his stomach is a distant memory from his early days. Hailed as one of kiteboaridng’s original stuntman, Dimitri’s antics have been highly documented. Even while being calculated and cautionary, he’s ended up in trees, parking lots and wrapped around that famous house in Florida. These mishaps have given him clarity and a need to ensure that safety is a primary design thought on equipment. That said, he’ll likely never miss out on the opportunity to be filmed during a storm or in one of the hurricanes that frequents the Outer Banks.

When not kiting, Dimitri enjoys tennis, soccer, surfing and snowboarding. Mixing his love for sport and giving back to the local communities, he attended the 2014 Necker Cup tennis tournament hosted by Sir Richard Branson, and is also involved with the Global Kiter Foundation. The Global Kiter Foundation provides kiteboard training opportunities for those passionate individuals with mobility limitations. Epic also supports Wind Sports for Wounded Warriors. These organizations have been highly successful in their charitable efforts, and Dimitri looks forward to future opportunities. 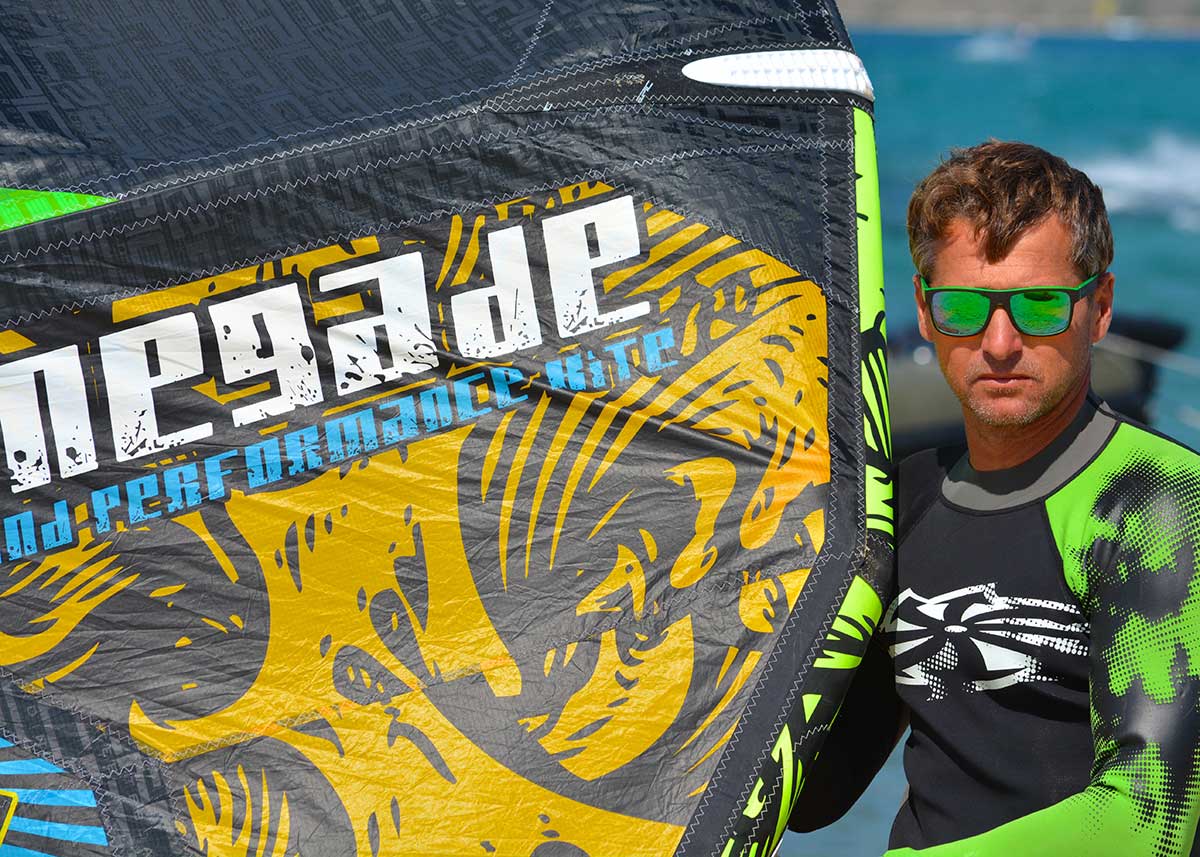 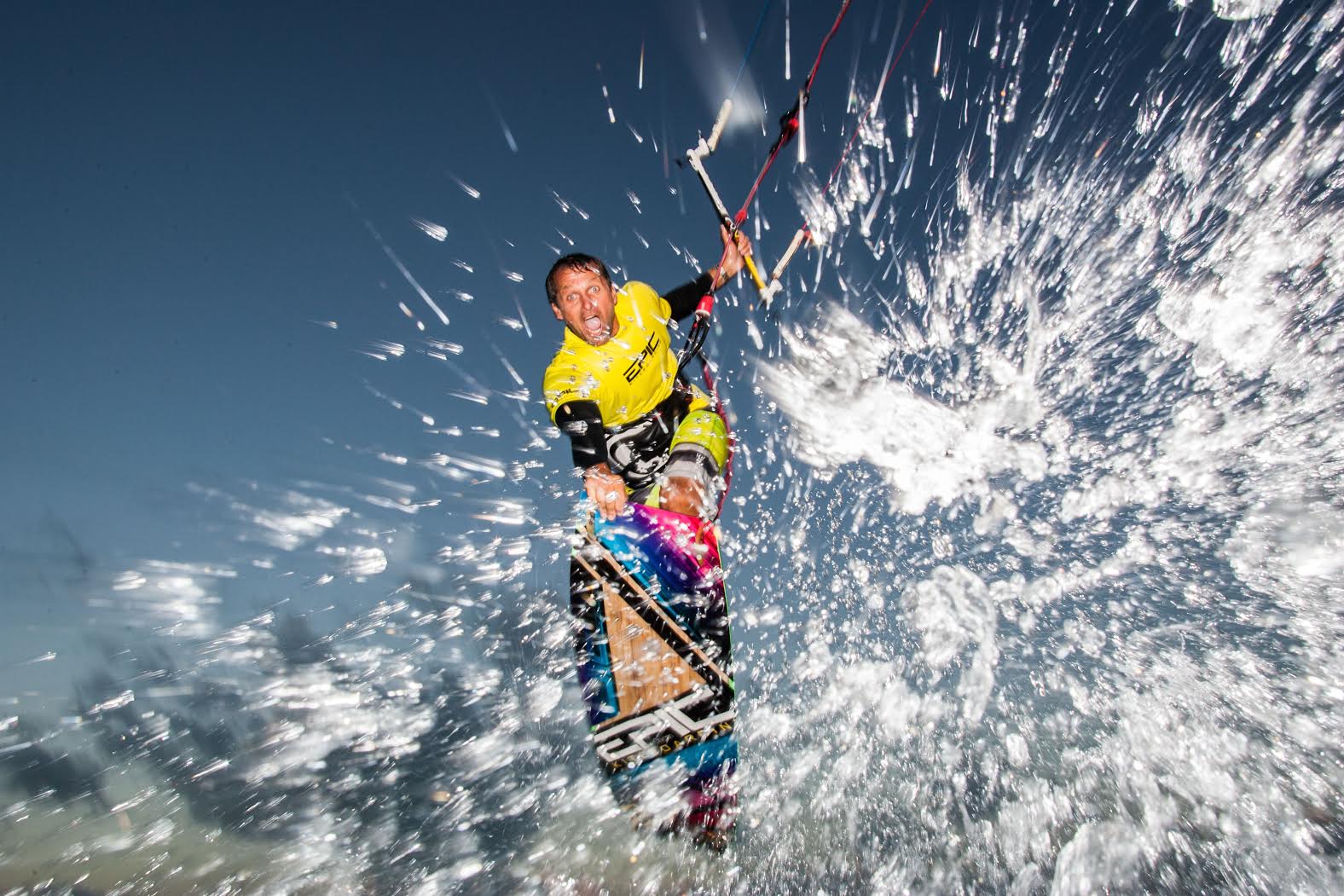