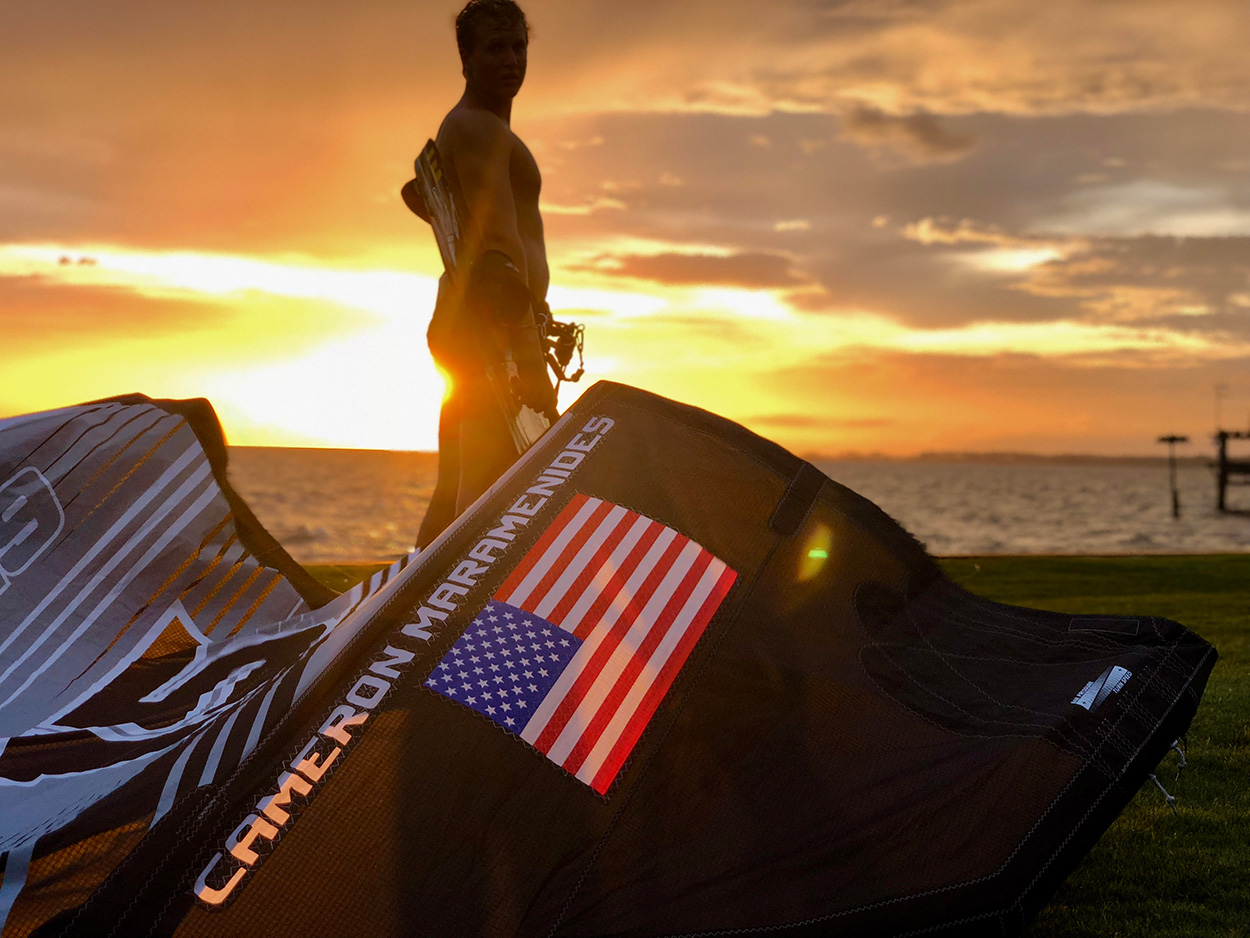 Cameron Maramenides is representing the USA at the upcoming Youth Olympics on October 6-18th in Buenos Aries. Kitesurfing Magazine tracked down Cameron the day of the official announcement.

What got you interested in Olympic kitesurf racing?
Cameron Maramenides: My step-mom Helen is the one that woke up one day last summer after having a dream about me going to the Youth Olympics. My day and Helen asked me if I was interested in training. The first youth race competition was going to be in Italy 2017. I told them I had no idea how to race. My dad told me not to worry, that we had twelve months to train, and he knew his friend Michael Gebhardt who lives in Dominican Republic could train me. Gebi was an Olympian in windsurfing.

How did this journey start?
I decided to give it a try. We left for the Dominican Republic ten days later. Once we arrived in the Dominican, I met my dad’s friend Gebi and also another kid, Tiger Tyson who was going to train with Gebi and represent Antigua.

We trained for two weeks and then myself, Gebi and Tiger left for Italy to compete in the European championship against 72 other kids. My dad did not come because he had to travel to other places to promote his kite company Epic Kites.

Traveling to Italy was a mess because of the airlines we took. The airline lost my kites! I had no kites to compete with. My dad called his friend Matt who owns Ozone, and they sent me some kites to compete with. I still remember the day of the registration; my kites were still not there. I woke up at 4:30 a.m. went down to the hotel reception and asked the person for a taxi so I could go get my kites in time. After three hours of driving around chasing UPS trucks, I was able to find three boxes of kites.

I ended up getting second place in the 2017 European championship. From there I starting competing worldwide and became number one in the world.

What did you do training-wise to get competitive in the twintip racing discipline?
Twintip racing is a totally different discipline, but the good thing is that I had the base of what you need to be a good racer because of all these years kiting with my dad. I had to spend a lot of time at the gym to get stronger and also on the water to get my timing right on the starts and know how to attack the marks. My dad and I had tons of tangles during practice because he is the one I train with. But also my coach Gebi had a big impact on my training, on what to eat and what not to eat, and how to race.

Tell us about the racing format. It’s pretty new. How does it work?
The racing format is very easy because it is a downwind slalom that you have to start from the first marker and go through a course with marks and jumps. But it requires a lot of strategy and knowledge of what the weather, wind and competitors are doing compared to what you need to do to beat them. Also lots of willingness on how to take off and try to be the first one at the starting marker without being over the start line early.

Who are the top competitors to look out for?
One of my really good friends Tiger Tyson is going to be a good competitor for me, we train and go to all the events together. Also the kiter from the Dominican team.

What are your plans between now and the Youth Olympics in Buenos Aries? Train, train, train.